Here are some common and useful sushi terms that will make your Sushi experience even more enjoyable!

・Neta (ネタ) : The topping of the sushi. Commonly fish and seafood.

・Shari (シャリ) : The rice of sushi. Seasoned with a combination of vinegar, sugar and salt.

・Omakase (おまかせ) : A term which is literally translated to “I will leave it to you” and meaning that the Chef will select and serve the dishes and ingredients special to that day or season.

・Taisho (たいしょう) : The head sushi chef (male and usually also the owner) of the sushi restaurant.

・Itamae (いたまえ) : The assistant sushi chef, as opposed to the Taisho. 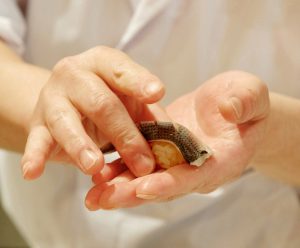 ・Nigiri (にぎり) : The most common type of sushi in Japan. A nigiri generally consists of a strip of rice (shari) with a fresh topping (neta) placed on top. Traditionally eaten with the fingers and in one bite. Literally translates to “squeezed”.

・Maki (まき) : A “rolled” sushi, another common type of sushi and what many non-Japanese people think of when talking about sushi.  Rice rolled with the toppings in the center and usually covered with seaweed, before being cut into 6 to 8 pieces.

・Hosomaki (ほそまき) : A thinner Maki-sushi which usually only contains one topping ingredient such as cucumber or tuna.

・Gunkan (ぐんかん) : A type of sushi similar to Nigiri, but with seaweed wrapped around the bottom half, creating a holder for more “runny” toppings, such as sea urchin or fish roe. Literally translates to “battleship” for its appearance.

・Chirashi (ちらし) : Slightly uncommon outside Japan. Shari rice (not made into any particular shape) with many different ingredients, sashimi and garnishes mixed in and scattered on top. Literally translates to “scattered”.

※ Please note that not all types are served at Sushi Kurosugi.

※ Please note that ingredients served at Sushi Kurosugi will vary depending on the season.

・Agari (あがり) : Complimentary green tea served at the end of the meal to cleanse the palate.

・Dashi (だし) : Flavoring stock usually made from fish or seaweed. 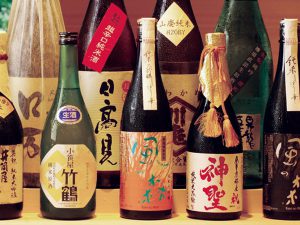 “Wasabi wo kudasai.” – Please give me some wasabi. (Replace “wasabi” with what you would like.)

“Oishi desu!” – This is delicious!

“Sumimasen, korewa nanidesuka?” – Excuse me, what is this? (If unsure what the ingredient is.)

“Okawari kudasai.” – I would like another one of this. (drink or dish.)

“Gochisousama deshita!” – A greeting when you finish your meal and bidding the restaurant farewell.